How to read a Tanzanite certificate

Home » How to read a Tanzanite certificate
Prev

0
Tanzanite Mining: All you need to know
04 December 2019
December 4, 2019 by mastermarketing in Featured 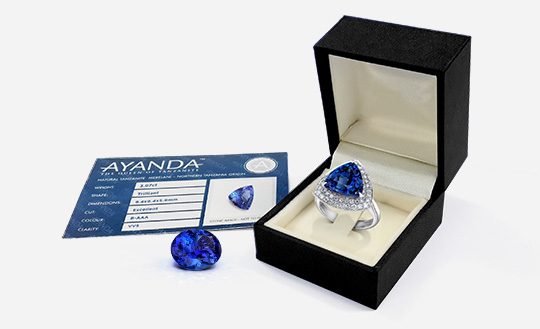 Well, before we jump into how you can read a Tanzanite certificate, let us talk about a few facts about Tanzanite.

Tanzanite as a name was first used by Tiffany and Company in reference to the blue zoisite mineral that was discovered in Tanzania in 1967.

Tanzania being the only known source of the stone in the world makes Tanzanite a very rare gem. It is only fair to assume that there may be gem imitations in the market as Tanzanite continues to grow in demand while the supply remains constant.

A study conducted in 2012 showed that there was only about 30 years worth of Tanzanite supply remaining in the ground.

To ensure one is paying for the right piece of Tanzanite, a Tanzanite Certificate of Authenticity comes in handy when buying the rare blue gemstone. The certificate is essential in confirming your Tanzanite’s authenticity and characteristics.

It’s important to have knowledge of some of the terminologies that you will find in a Tanzanite Certificate. A professional and honest Jeweller will give you a certificate and will go through the details with you. He/she will explain what the specifications in your certificate mean in relation to the global grading standard.

With that said, the information he will give you at the time of purchase may be too much to absorb within a short period of time. You are advised to familiarize yourself with the Tanzanite Certificate specifications prior to making a purchase. It will be easier to understand your certificate if you have gone through some of the technical languages beforehand. 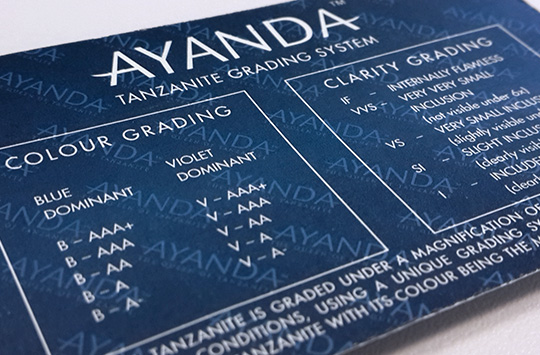 Specifications in a Tanzanite Certificate 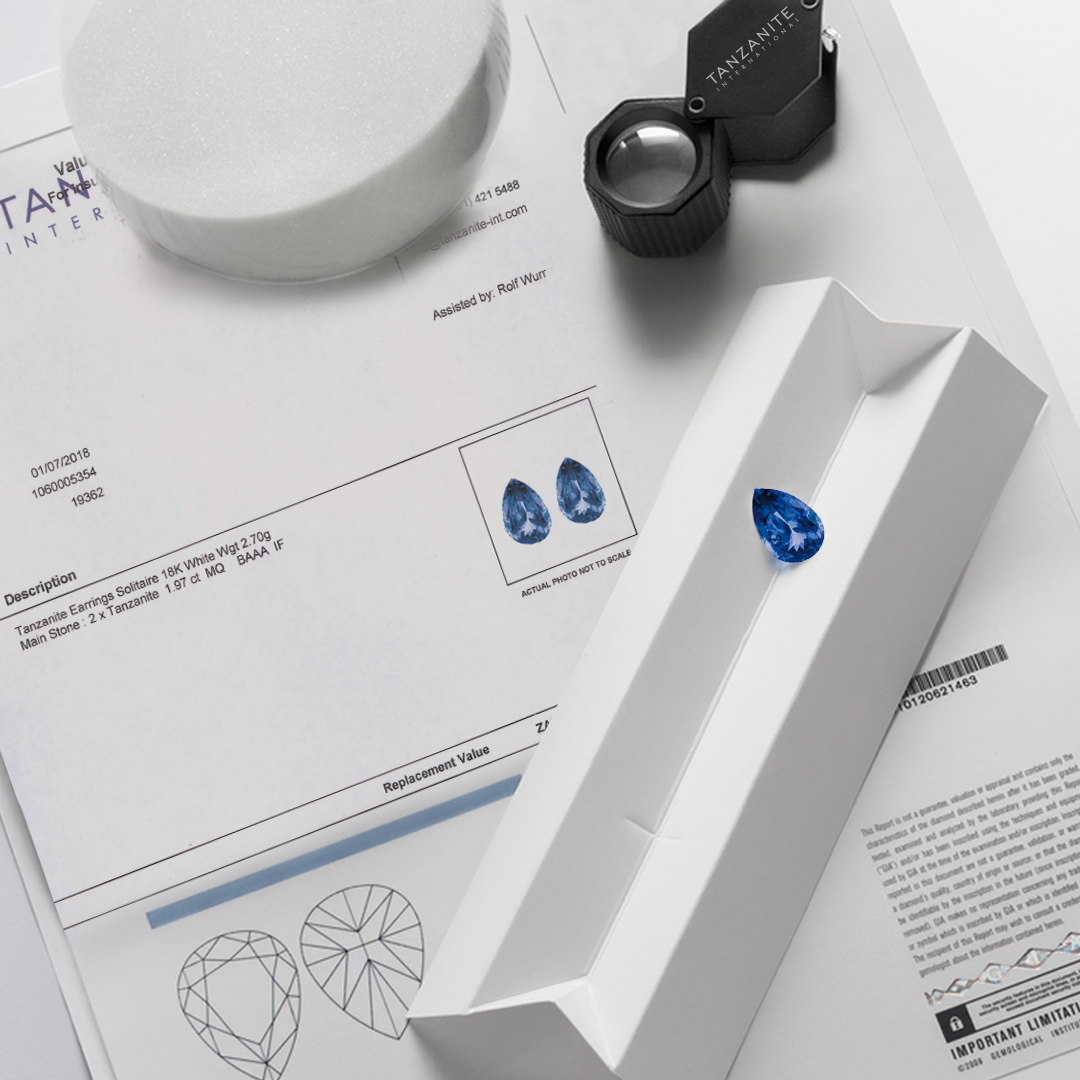 In addition to colour grading, it is also important to understand other factors that make up the 4Cs of buying Tanzanite. The 4Cs i.e Color, Carat, Cut and Clarity plays an important role in determining the value of  Tanzanite that you are looking at buying. Read our guide to buying Tanzanite online that explains in detail about the 4Cs of Tanzanite and how they can affect your buying decision.

Once you understand the 4Cs of Tanzanite, you will be in a position to understand where your Tanzanite of choice falls under the global grading system.

Your certificate will indicate a number assigned to your stone. Each stone has its own unique number that can be used to trace the stone’s origin, ethical background, and authenticity.

The certificate is a confirmation that the piece of gemstone that you will be buying has been mined in adherence to the Tucson Tanzanite Protocol, Labour, and Human Rights laws.

While the selection of the shape of Tanzanite is about personal preference, some shapes are more popular than others. Traditional shapes such as cushion and oval have retained their popularity over time, unlike modern and unusual shapes. You can visit our collection of Tanzanite jewelry to view the different shaped stones that we have on offer.

Along with cut, the shape can greatly influence the value and price of a Tanzanite gemstone depending on the resulting brilliance and proportions achieved by the cut.

Dimension or size of Tanzanite refers to its length, width, and height. Tanzanite’s dimension is usually measured in millimeters. Dimension should not be confused by the weight or mass of the gem which is measured in terms of carats.

The carat weight of your Tanzanite does not have a direct relation to the size/look of the gem. Two gemstones of the same carat weight can have different looks in terms of size.

Having gathered knowledge of specifications to expect in your Tanzanite Certificate, now you can walk into a Jeweller and be able to make sense of the terms indicated in your certificate. Equip yourself with more information about Tanzanite for an informed purchase.